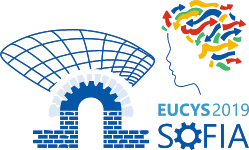 Aldol condensation of aldehydes is one of the most popular reactions for the formation of a bond between two carbon atoms. Aldol condensation was discovered more than a hundred years ago, but the reaction proceeds under the action of homogeneous catalysis, which means that the reagent and the catalyst are in the same aggregative state. This technology can not be implemented in industry, as there is a need for separation of the product and catalyst. Therefore, to carry out the reaction using heterogeneous catalysis, is of great interest. Heterogeneous catalysis will improve the technology for producing 2-methyl-2-pentenal.
An approach to conducting the reaction in the gas phase using heterogeneous catalysts, which are affordable and technologically attractive from the point of view of cheapness of the catalyst and ease of instrumentation, has been developed. In this work, a catalyst of 5% amino acid (Norleucine) on TiO2 was selected and a new method was proposed for carrying out the reaction to obtain 2-methyl – 2-pentenal, with its use.
The product obtained through this reaction is widely used in various areas of the pharmaceutical and cosmetic industries, as well as in the oil industry. When oil is produced, a large amount of side gas is produced, which is currently burned, and a large amount of carbon dioxide is produced, which is harmful to the environment. Aldehydes are produced from the side gases, which are used in this work. Also, aldol condensation of propionaldehyde, allows to obtain products that can improve the quality of motor fuel, and valuable intermediates for organic synthesis.

Space industry is fast growing today and rocket modeling is very popular and doesn't stand still too. For rocket models people use factory engines that have a lot of problems such as a high price and it's hard to buy them.
The idea of my research was to design and create a new easy to make jet rocket model engine that can be used along with factory engines.

My development and research proved the following:
1. I designed and tested new technology of controlling pressure inside jet engine running on powdered fuel. It allows creator to make jet engine from cheap materials.
2. Method I developed allows calculating dependence of engine parameters from construction materials and its size. It can be used to select optimal engine parameters to achieve needed results.
3. Mathematical model is created to describe jet rocket model flight. It opens the way to analysis and further construction improvement.
4. Parachuting system is built and tested. It gives the opportunity to reuse the engine parts in second and third time.
5. My jet engines can be used in rocket and airplane models (and as an independent rocket modules also).

As the results of my research I developed a new technology of making cheap jet engines for rocket models with wide power range. It gives an opportunity to use them in rocket models of different sizes. Models with this engine achieve height of more than 300 meters. My mathematical model describes well rocket and engine flight parameters. Engine runs during the major part of rocket climb that gives new opportunities for rocket model constructors.

The accomplished scientific and technical project is aimed at preserving children's health. School age is a period of ontogenesis, when various types of impaired posture are clearly manifested. According to statistics, 10-40% of school-age children show signs posture faults. The project solves a complex of interdisciplinary applied problems of posture correction and flatfoot diagnosis, taking into account the interdependence of posture disorders and foot deformities. The project is done at the intersection of human physiology, rehabilitation science, and electronic engineering. A hardware-software complex including a combined posture corrector for teenagers and a stop-meter detecting signs of flatfoot is developed. Several models of the device are produced and tested. The proposed complex has potential for commercialization.
Invitation of the Russian delegation
© 2019 Russian Youth
Engineering Society
© 2019 Russian Youth
Engineering Society
To the top